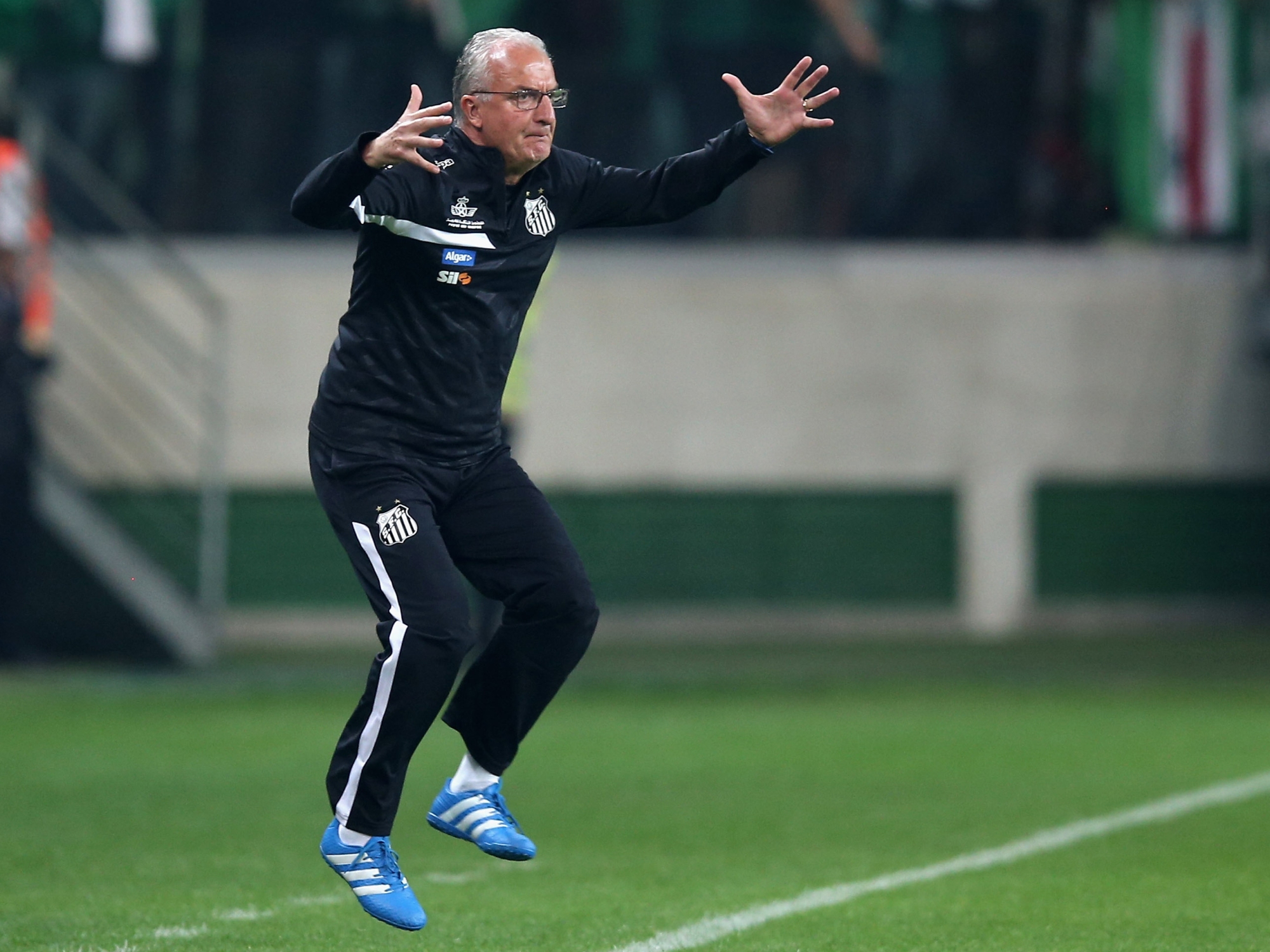 On Monday night Santos, one of the biggest names in Brazilian football, went out of the Paulista state championship at the quarter-final stage. They lost to Ponte Preta on penalties after being vanquished 1-0 in the away tie and winning the home leg by the same score-line. In the immediate aftermath of the result question marks started to appear over the future of the manager Dorival Júnior, with some fans openly calling for his head.

Is this fair? Absolutely not, but the short-termism that reigns in Brazilian football almost never permits balanced and rational decisions in regards to the continuation of managers in their ever-precarious roles.

Santos have endured a turbulent start to 2017; their results in the São Paulo State league have been patchy to say the least. There was the defeat against minnows Ferroviária as well as the three losses at the hands of their biggest rivals, São Paulo, Palmeiras and Corinthians. Two of those clássicos were played at home in the usually fortress-like Vila Belmiro, which made the defeats all the more painful.

In the Libertadores, too, they got off to an unconvincing start, drawing away with Peruvian side Sporting Cristal, who they were widely expected to dispatch with ease. In the second game in that competition, though, there were positive signs. They played with style and incision as they beat The Strongest of Bolivia 2-0.

Indeed, things have not been all bad. Even in some of the losses the performances have been excellent. Against Palmeiras, for example, Santos created more than enough to have won the game. A bit of luck, or perhaps more experience, in the final third could have seen them bag an important result. Against Ponte Preta, too, they should have had a penalty in normal time, which, if dispatched, would have been enough to see them through.

At points Lucas Lima, their star player and Brazilian national team first choice under Dunga, has looked back to his best after a disappointing 2016. And it is a team full of young talent; players like Thiago Maia, Zeca, Victor Ferraz and Vitor Bueno provide a great deal of hope for the future.

They are, though, over-reliant on veteran centre-forward Ricardo Oliveira. When he is not in the team Santos lack a real clinical edge around the opposition box and, approaching his 37th birthday, he cannot play every three days.

In the game against Corinthians, which o Peixe lost 1-0, they had a lot of the ball, worked some promising positions with good interchanges in midfield but failed to capitalise on this threat, with reserve centre-forward Kayke offering little penetration.

Normally in Brazil, this sort of stuttering start would be enough to have a coach packing his bags and moving on. Santos also have a presidential election coming up later this year and this always increases the uncertainty around the manager, with the candidate up for re-election looking to placate restless fans.

Dorival Júnior, though, earned himself some extra patience with the wonderful accomplishments of his side over the 20 months he has been in charge. When he took over in 2015 Santos were in the relegation zone of the Campeonato Brasileiro, but by December he had led them to a seventh-placed finish and the final of the Copa do Brasil. In 2016 they did even better; winning the São Paulo state championship for the 22nd time and finishing as runners-up in a hard-fought Brasileirão campaign.

Not only has he achieved good results but his team have also played the silkiest football in Brazil during that period. Dorival brought a style of play more reminiscent of the most sophisticated European sides than of the often negative, cynical approach that has become the norm in the Brasileirão.

Games were controlled by veteran midfield maestro Renato and his young partner Thaigo Maia, with full-backs Zeca and Ferraz marauding forward with underlapping runs to drag midfielders out of position and create intricate triangles. Some of the attacking interchanges between the likes of Oliveira, Lima, Vitor Bueno, Jonathan Copete, Jean Mota and, before his sale, Gabriel Barbosa have been a pleasure to behold.

Dorival’s achievements in getting his side not only to win but to win in style are made all the more impressive by the financial resources at his disposal. Despite its name and reputation Santos is not a huge club; their average attendance in last year’s Campeonato Brasiliero was only 11,225, which severely limits their spending power.

Following figures from research by the site 90min,  in 2016 their wage bill totalled just 4.6 million Brazilian reais per month, less than half that of first-place finishers Palmeiras (10 million per month).

In fact, Santos’ wage bill was only the ninth biggest in the country, a long way short of the other big names of Brazilian football such as Atlético-MG (9 million), Flamengo (7.7 million), Corinthians (7 million), Cruzeiro (6.75 million) and São Paulo (6 million). Even Internacional, who were relegated in embarrassing fashion, spent almost exactly the same amount as Santos with a monthly outlay of 4.2 million reais.

According to calculations in the excellent Soccernomics by Simon Kuper and Stefan Szymanski, in any single season approximately 70% of the variance in league position can be explained by a clubs spending on wages. Or, as they put it in the book, “the more you spend on wages, the higher you will finish”.

It is true that Santos produce an exceptional number of fine young players which aids Dorival Júnior’s work immensely, but despite this the performances and results last year were still hugely impressive.

The over-achievement in terms of results versus wage expenditure is similar to that of Mauricio Pochettino at Tottenham, whose outlay is around half of that of Manchester City, the Premier League’s most generous employers. Any talk of him getting the boot would be met with howls of derision, even in the increasingly unstable world of British football management.

There is absolutely nobody in the country at the moment who would be capable of extracting more from this Santos team than Dorival Júnior. Hopefully the club’s directors will be able to see that through the red-mist of frustration that accompanied the recent exit from the Paulistão.

If they do decide to get rid of him and bring in someone else it would be another clear example of the incompetence that reins in Brazilian football club boardrooms and the pandering to the unreasonable demands of a vocal set of supporters, who expect their team to win every competition it enters.

A week from now Santos will confront Santa Fe of Colombia in the third game of the Copa Libertadores group stage. It is a difficult game away in Bogotá but it is a perfect opportunity for Dorival’s team to silence the critics by putting in a strong performance. Even if they don’t win, however, they must keep the faith. Consistency, for Santos, will be the key to success.