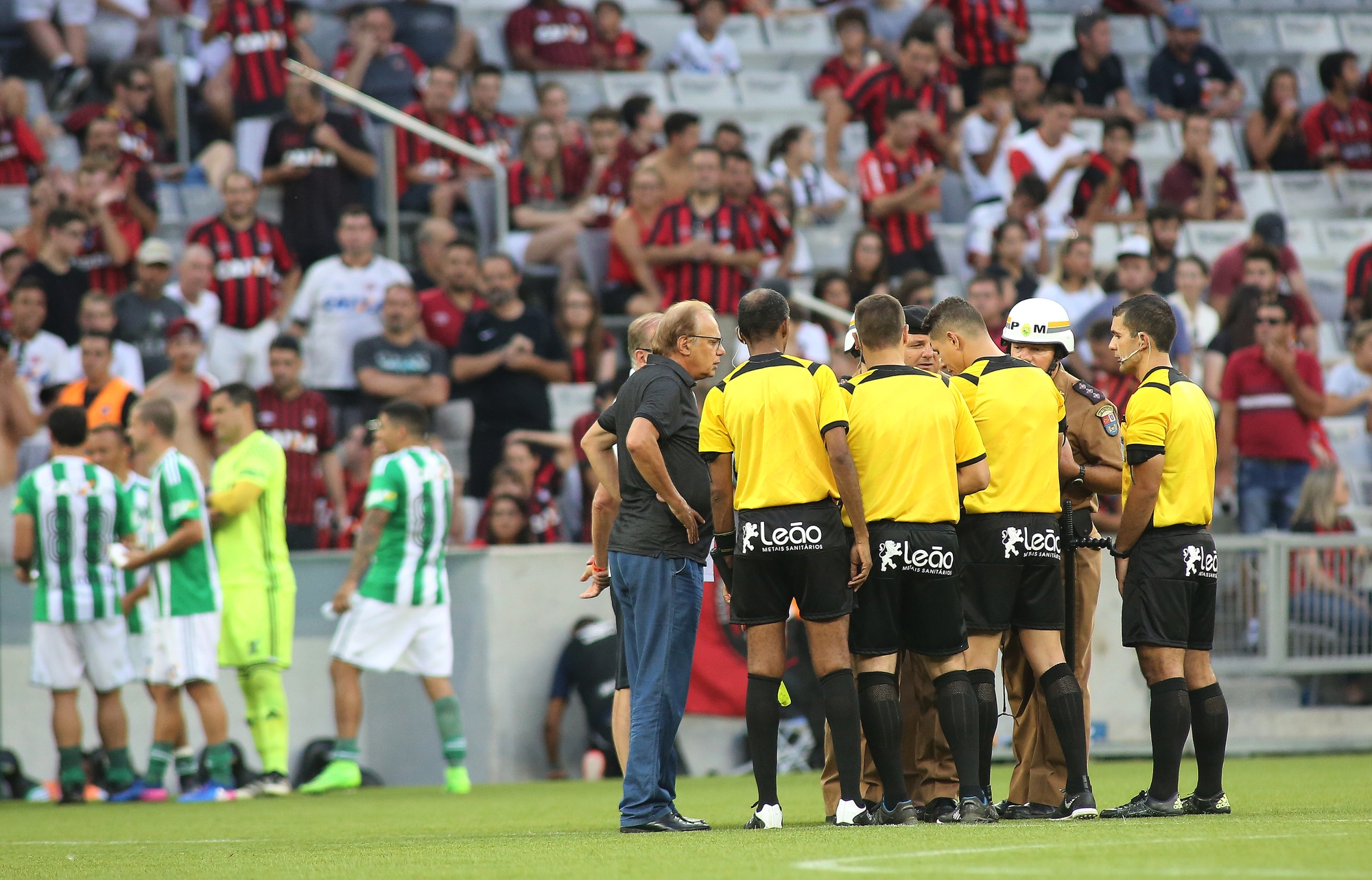 Last Monday I reported the death of a 28 year-old Botafogo fan outside the Estádio Nilton Santos before their game with Flamengo. At the time, in line with reports from the local police, I wrote that he was shot. This news has since been updated by the hospital where he was taken, it turns out he was in fact stabbed several times with a barbecue skewer stolen from a nearby restaurant.

I hoped I would not have to write such a report again in the near future, but just a week later, here I am. This time an 18 year-old Coritiba FC fan was shot dead by the notoriously brutal Military Police outside the Arena da Baixada before their game with local rivals Atlético Paranaense.

Brazil is currently in the midst of a spate of violence with mass-murders in prisons in the North of the country and lawlessness in the state of Espirito Santo being seen since the turn of the year. Football, in the last two weeks, appears to be reflecting this trend.

The Military Police today released a statement saying the shot was fired accidentally as the police escorted a group of Coritiba fans to the grounds. It was initially reported by Globo Esporte that the shot had been fired during a confrontation between the fans and the police but this was denied, both in the police statement and by the president of Coritiba’s torcida organizada, or organised fan group.

The police statement said that a sergeant climbed into a police vehicle, took hold of a sub-machine gun and went strap it across his body. The gun was pointed out of the window and as the vehicle moved he felt the gun recoil, looked to the side and saw that the boy had been hit. The police took him to hospital where he was pronounced dead. The officer in question has been suspended from all duties awaiting an investigation.

An accident it may have been, but it is another needless, senseless death and a sign of a police force that is prepared to kill. One may well ask why the police felt the need to take sub-machine guns to escort football fans to a match in the first place, and why they were pointing them at the fans rather than the floor. Would rubber bullets, instead of live rounds, not have been sufficient? If it was truly an accident, it was an accident waiting to happen.

Apart from this death there were also reports of disturbances involving the two sets of fans in the neighbourhoods surrounding the stadium. A group of Coritiba fans reportedly ambushed Atlético fans at a bus terminal and there were several instances of vandalism.

The game itself did not go ahead, but for a reason entirely separate from these horrible incidents. As I wrote on this site last week the match was to be the first in Brazil to be streamed live on YouTube.

The two clubs had failed to reach an agreement with the hugely powerful broadcasting network Globo to televise their matches and had therefore decided to fund the transmission themselves and divulge it for free on the internet.

The FPF, the state football federation for Paraná, had other ideas, however. They said the journalists reporting from the side of the pitch, hired by Atlético, were not properly accredited by the federation and therefore the game could not proceed. The players lined up on the pitch, willing and ready to play, but the referee, under duress from his superiors at the federation, did not blow the whistle to start the game.

The clubs refused to remove the reporters from the stadium, saying that they were within their rights to appoint their own transmission team, so the game was abandoned after a delay of forty minutes. The players came out of the dressing rooms once more to applaud the fans that had paid for tickets and waited patiently for the game to begin. Fortunately everyone left the stadium without any further incident.

The vice-president of Coritiba FC, José Fernando Macedo, told ESPN Brasil that, “The federation sent an order to the refereeing team that the transmission couldn’t be made [via YouTube] because they have a contract with Globo.” According to Brazilian law, however, the image rights for games belong to the individual clubs and cannot be overruled by any regulation of the state federations.

Globo subsequently released a statement saying that, “The Globo Group, in no eventuality, had any connection at all with the episode”. This, however, will not stop people speculating about Globo exercising its power in fear of losing its monopoly over domestic Brazilian football.

The manager of Atlético Paranaense, Paulo Autuori, agreed with the decision of the clubs’ presidents not to remove the journalists they had contracted to transmit the game from the stadium. In an interview after the match he told the press, “There was no basis for stopping the game from going ahead.  Accreditation [of the reporters] could have taken place.  This can and does happen right before a game.  But I’m happy because this is a paradigm break.  We have to congratulate the two clubs for taking a courageous decision.  Courage is what’s needed to change the movement of events in Brazilian football.”

The retrograde state federations are a huge part of the problem that retards the development of Brazilian football and this was another incident that proved their ineptitude and negativity. To allow more than 20,000 people to turn up to a stadium to see a game only to cancel it at the very last moment shows a complete lack of respect for the supporters. To not allow the transmission on YouTube also leads one to question who they answer to.

Hopefully, in the coming weeks, I will be able to write some positive reports from the país do futebol, stories about the matches on show rather than death and institutional incompetence. I fear, however, that that may not be the case.

2 thoughts on “One Step Forward, Ten Steps Back – More Death and Chaos in Brazilian Football”