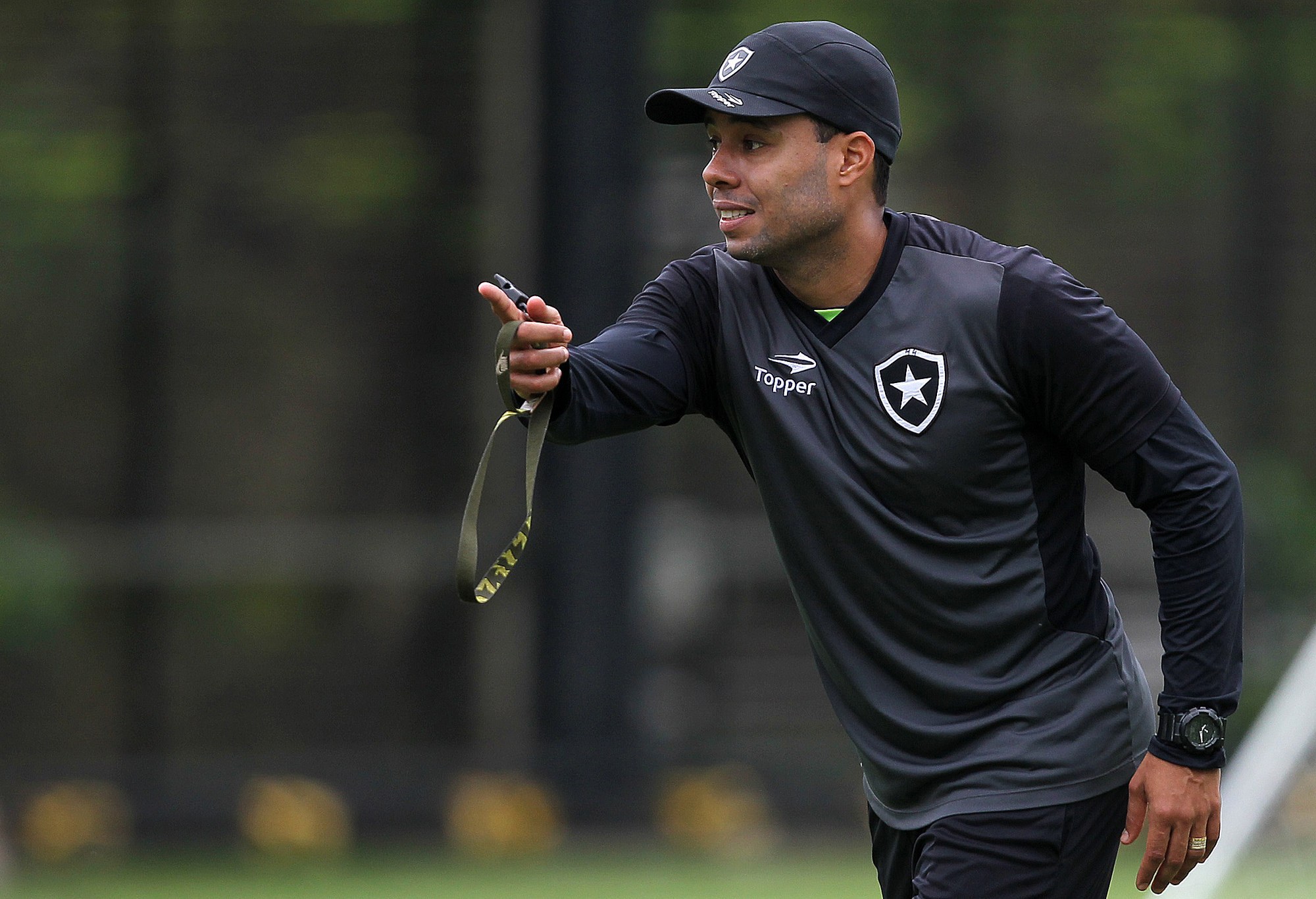 On the 13th of August Botafogo officially announced that Ricardo Gomes, the manager who had led them to promotion from Série B in 2015, would be leaving the club to join São Paulo FC.

At the time the Botafogo were in 17th place in the table, in the relegation places, and with the man who had led them back to the big time now gone many feared for the security of their Série A status.

To fill the void left by Gomes Botafogo turned to his assistant, the 37-year-old Jair Ventura.

What has followed has been nothing short of a football miracle. In the 14 league games since Ventura took charge o Alvinegro have won 11 and lost only three, winning 78.6% of the points available, and notching victories over local rivals Fluminense, São Paulo giants Corinthians, and title challengers Atlético Mineiro.

When Gomes left, Botafogo moved extremely quickly to appoint Ventura. It was a show of confidence in the young manager, whose only previous experience as a number one came last season when he took charge of Botafogo for three games on an interim basis.

During the press conference to announce Ventura’s arrival Botafogo’s president Carlos Eduardo Pereira stated, “Jair is a person who is integrated in our system. Nothing will change, he knows the players. We have the utmost confidence that he will continue his work and will remove Botafogo from the uncomfortable situation in which we find ourselves… We are not [appointing Ventura] because of a lack of options.”

Since then the new manager has repaid every ounce of the his boss’s faith. The victories, including five in their last five, have left Botafogo in fifth place in the table, a position that would see them qualify for the Copa Libertadores should they maintain it until the end of the season.

They are currently four points ahead of Atlético Paranaense in seventh, bearing in mind the top-six in the Brasilerão will all go into next year’s Libertadores, after Conmebol decided to hand Brazil two more places in their shake-up of the continental cup.

The young coach has managed to change the style of his side considerably. They have ostensibly become more defensive, conceding only five times in the league since he took the job, an average of just 0.36 goals per game, compared with the 1.61 goals per game conceded under the previous incumbent.

Ventura puts the new-found defensive solidity down to hard work throughout the team, saying; “We have to start to win the ball back up front. It is a joint effort. A coach searches for balance. When we start to challenge for the ball from the front, it does not arrive cleanly [for the opposition forwards]. Our attackers need to close down spaces. We work on this in training.”

Meanwhile, the team’s passing statistics have dropped from a mean of 329.4 completed passes per game under Gomes to 262.8 under Ventura, and the average number of shots on goal has gone from 4.5 per game to 3.6.

The number of goals scored has, however, risen slightly from 1.28 to 1.31, showing that they are now creating fewer opportunities but opportunities of higher quality.

The style is more reactive; Botafogo are looking to get the ball forward quickly and catch the opposition off balance, hence the higher quality opportunities, as well as using the dangerous set pieces of experienced attacking midfielder Camilo to their full potential.

Centre-forward Sassá has also played a big part in the success, despite the fact he is often a sub. Since his new manager took the reins the 22-year-old has netted five times, including a 93rd minute winner in Ventura’s first game (ironically against Gomes’ São Paulo), two in the second game against Sport, and an 85th minute clincher in the 1-0 victory over Internacional earlier this month.

Sassá himself has moved onto 11 for the season, level with Palmeiras wunderkind Gabriel Jesus and ex-Real Madrid man Robinho, and only 2 behind top-scorer Fred.

Late strikes have been essential in this great run, with five of their 11 wins coming from goals scored after the 85 minute mark. Ventura believes this is down to attitude more than good luck.

After the 3-2 win over Atlético Mineiro he said, “Another goal at the end of the game. Why is that? Because we always give our all. Three players asked to come off. Why? Because we play with intensity, with self-sacrifice. Dudu came on and scored the goal.”

Ventura, like many good young coaches, was forced to end his own playing career early, owing to inflammation of the pubic bone. He then studied to be a physical conditioning coach, a position which he took up at Botafogo in 2010, before becoming youth team manager. He was fired by the directors of the club in 2013 before being rehired in 2015 to assist the push for promotion.

In his previous role at the club one of his duties was to statistically analyse his team and the opposition before games and highlight any potential weaknesses or strengths that could be exploited. Full-back Luís Ricardo believes it was this work that prepared him so well to take sole charge of the side, and to get the most out of a fairly limited squad.

After their most recent match against Santa Cruz he told the newspaper O Globo, “This good spell for Botafogo is no accident. It is because of the capabilities of my son. He is a good professional, he studied a lot to get into this position, he knows the club and the squad.”

“My son is doing a beautiful job,” he continued, “but he still hasn’t reached his objective because the championship is not over… It is an honour to see my son and Botafogo excelling together.”

Ventura’s triumphs have come as a somewhat of surprise for most outside the club but he has been a breath of fresh air and is perhaps the biggest revelation of the season for Brazilian football.

Hopefully his story,  and the parallel success of Zé Ricardo at Flamengo, will encourage more clubs to take chances on young coaches. Giving opportunities like this to the next generation of Brazilian managers is absolutely necessary if Brazilian domestic football is to move out of its current tactical and technical malaise.