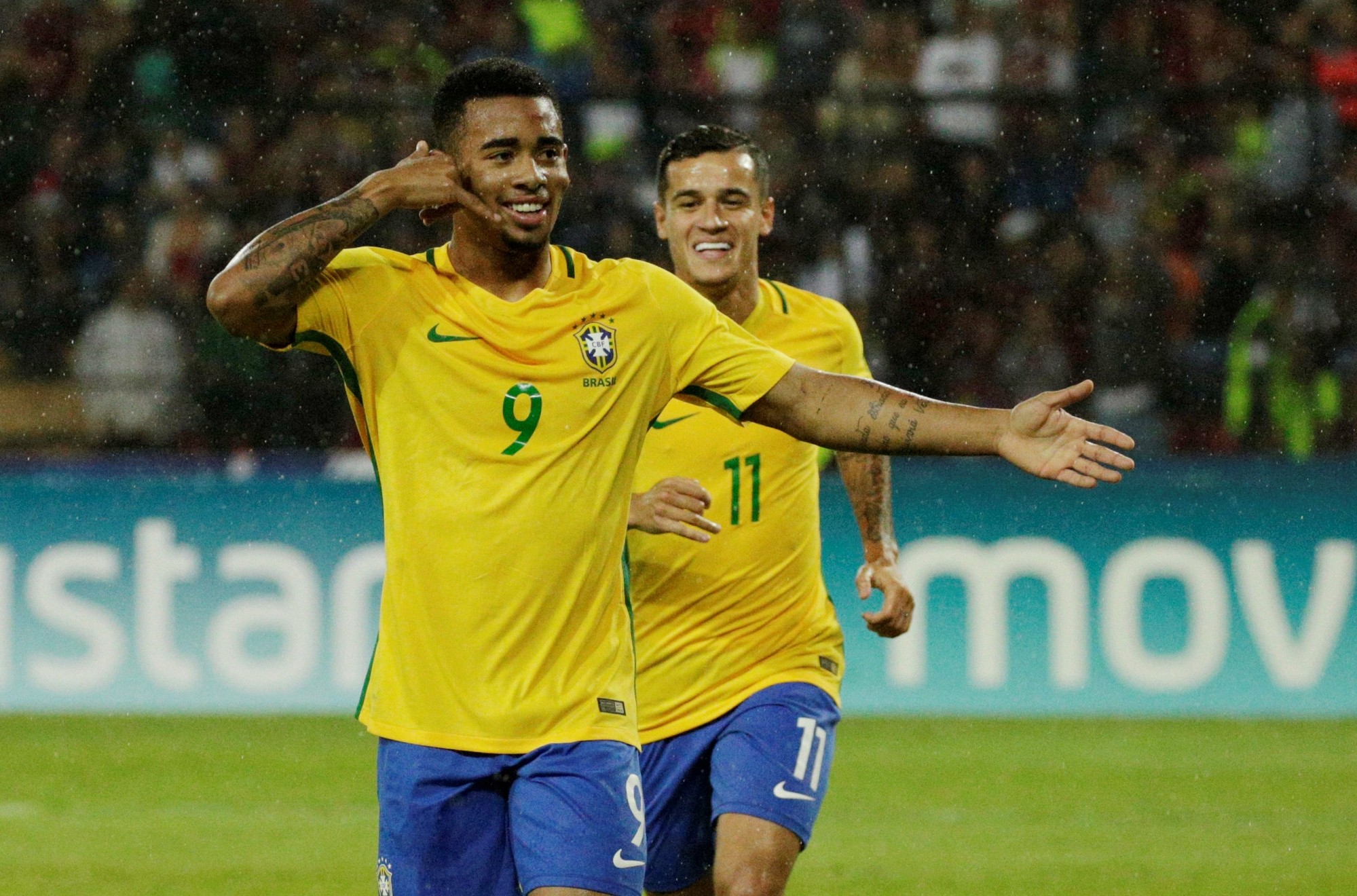 On Tuesday night Brazil took on Venezuela in the small Andean city of Mérida in the west of the crisis-ridden country. The game was the tenth of 18 in the beautifully gruelling and highly competitive South American qualifying league.

Venezuela are not as bad as their two points from nine qualifiers would suggest and certainly provide a threat going forward with the muscular Solomon Rondon and Josef Martínez. However, after a dominant performance against Bolivia in their previous outing Tite’s new-look team were expected to win despite the absence of star man Neymar.

The Barcelona forward was out once more owing to his petulance and inability to control his temper which resulted in a yellow card against Bolivia and the fourth game out of ten where he was missing through suspension.

Chelsea’s Willian was brought in as his replacement, with Philippe Coutinho moving over to the left and Willian coming in on the right where the Merseyside magician had played against Bolivia. This gave Coutinho an opportunity to play on his favoured side, floating inside to join the attack, his position at club level.

Paulinho was also recalled after missing the previous tie, also through suspension. Giuliano, the man he replaced, would probably have felt slightly hard done by after a good performance against Bolivia in which he provided an assist for Coutinho but Paulinho is a player trusted and admired by Tite. His characteristics are also perhaps more appropriate in away games where the team will come under more pressure.

Brazil looked very comfortable right from the start, immediately settling into their passing rhythm, and their confidence was obvious when Renato Augusto let a shot fly from 30 yards less than two minutes in.

Just five minutes later Gabriel Jesus and Philippe Coutinho went to press the Venezuelan defence deep in their own half (see below) and were rewarded when the rattled goalkeeper passed the ball directly to Jesus leaving the City new-boy one-on-one.

He made absolutely no mistake, sublimely chipping the flailing Dani Hernández from just outside the area. This was his fourth goal in four games for the Seleção, all competitive qualifiers; nobody else has ever scored four South American qualifying goals before their 20th birthday, not Neymar, not even Messi. Pep Guardiola could have some player on his hands here.

Jesus is still naive on occasion and gets caught offside too often but he has the drive and determination to learn and improve. He also has the counsel of his mother who phoned in to the television station at half-time to tell the presenter that she had given him a clip round the ear for getting caught offside so much in his two-goal debut against Ecuador last month and would be doing so again after this game despite his wonderful goal.

From this point on Brazil looked fairly comfortable and in spite of some good play from Rondón, Martínez and in particular young winger Peñaranda (currently on loan at Udinese from Watford) their lead never looked under serious threat.

In Marquinhos and Miranda they have found a top centre-back pairing and Thiago Silva, despite his undoubted quality, will struggle to get back into this side. Fernandinho also stuck to his task admirably once more, breaking up play in front of the back four and distributing with agreeable simplicity.

The strength at the back and Gabriel Jesus’ indefatigable running up top create the space that Renato Augusto loves to operate in and he was able to control the tempo of the game from his position on the left of the central midfield three. He is expert at finding and covering space, moving into the gaps that were left by the roaming Coutinho and Filipe Luís.

Augusto has picked up a habit of moving backwards into the space where the left-back would normally be when Luís (or Marcelo) advances; this gives him acres of room as the opposition central midfielder is reluctant to follow him and the opposition right-midfielder has already followed the Brazilian left-back’s run. With this room he is able to deliver accurate long passes to the forwards and over the past four games has created several dangerous situations from this position. You can see his pass map below. Augusto would do well to arrange himself a move to Europe where he could perhaps take his game up another level.

The conditions in Mérida were poor, with driving rain and a badly cut up pitch but Brazil handled it well. They were not at their most scintillating, and clearly missed the cutting edge provided by Neymar, but they controlled the play nonetheless. This is in stark contrast to an Argentina team who came to the same venue and struggled to a 2-2 draw just last month.

After 32 minutes more high-tempo pressing from Brazil’s forwards, in particular Coutinho, led to another chance for Paulinho. He received a pass from Jesus inside the area and twisted and turned to make space but could only fire his shot narrowly wide of the target.

Seven miutes into the second period the second goal came, this time from Willian who was having a solid game down the right. Renato Augusto once more moved into space vacated by Coutinho on the left and crossed low and hard. Willian came in at the back post and finished well from a difficult angle. Almost the whole squad rushed to hug the Chelsea man after his goal, a nice show of support for the player whose mother is seriously ill.

After this the game was effectively dead. Venezuela again got forward a few times, with Peñaranda continuing where he had left off in the first half, but they struggled to create any real clear cut chances and Brazil were able to control and manipulate the ball as they pleased.

Under Tite the team has become much more compact when in possession, giving players a variety of short passing options when they are on the ball. This allows them to dominate possession and run the opposition into the ground. The picture below demonstrates this well, Fernandinho who is receiving the ball has at least four viable options for a quick pass. Brazil managed 66.3% possession in the game and made 586 passes to Venezuela’s 293.

The new manager has quickly created template of how he wants his team to play. There are clearly defined roles but at the same time a liberty to interchange and be inventive, dragging defenders out of position and creating space for runners from midfield. Again in the image you can see Renato Augusto and Gabriel Jesus in acres on the left and Coutinho making the play through the middle.

With about fifteen minutes to go the stadium suffered one of the power outages that have become a common feature of life for the suffering population of Venezuela and play was delayed for several minutes as the electricity slowly returned.

After the lights came back on there was time for Paulinho to miss another half chance from outside the area but the players looked cold after standing around in the rain and the game had lost its verve and trickled tepidly towards the end.

This was a solid rather than spectacular performance from the Seleção but it was exactly what they needed on an away trip that has presented problems for some of the groups other big hitters. The three points take Brazil top of the qualifying table as Uruguay could only manage a 2-2 draw in an exciting game against Colombia.

The turnaround under Tite has been enormously impressive and he has taken them from sixth, outside the qualification places, and into a commanding position in the group. From here they will surely progress comfortably to the main event in Russia in just under two years time.

Next up is Argentina at home on the 11th November. This game will represent a real yardstick for the new manager and if he can inspire his team to another good performance and a win against la Albiceleste he will confirm his growing reputation as the saviour of the Seleção.