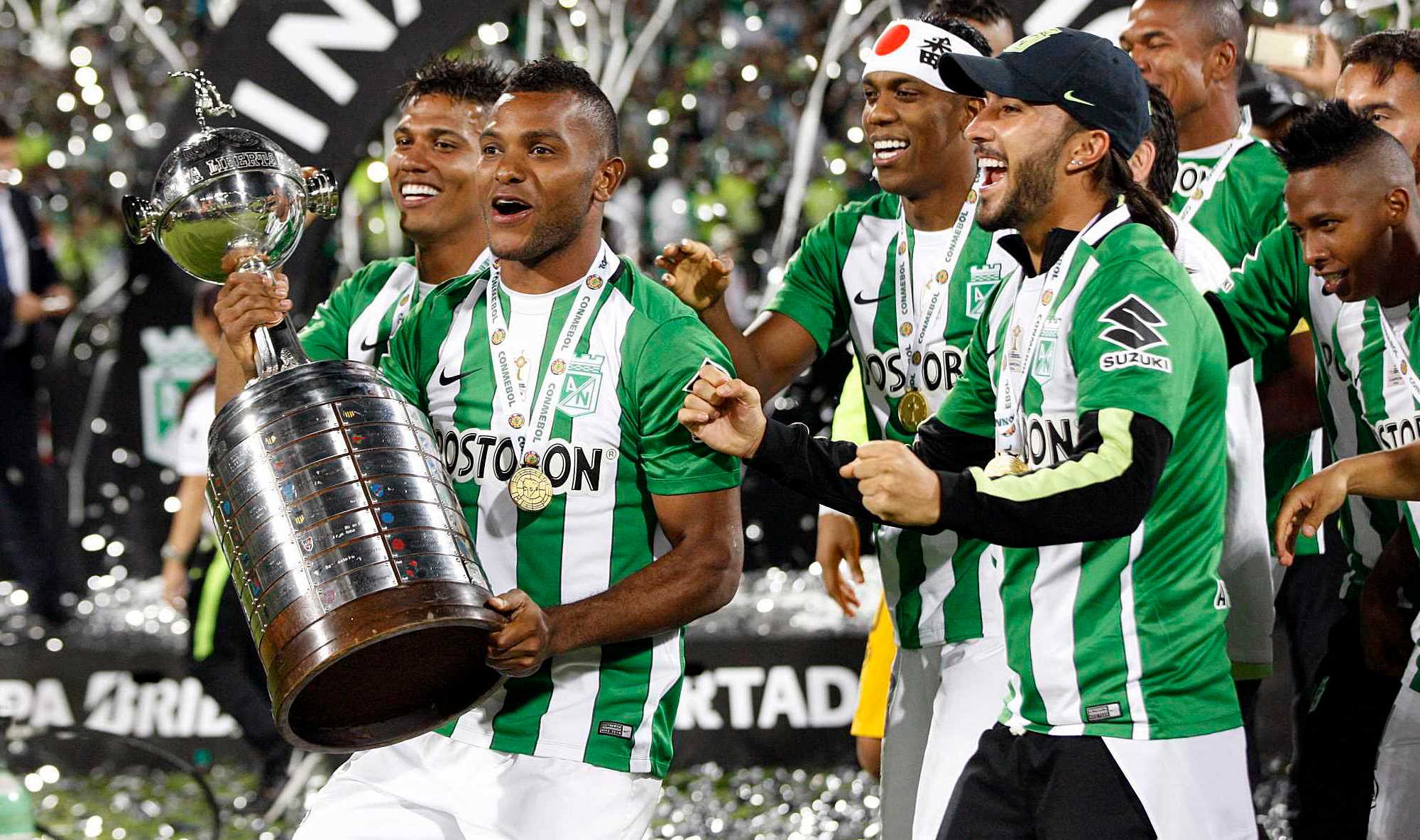 Over the last week Conmebol have announced that they will increase the number of teams in the Copa Libertadores from 38 to 44 and extend the length of the tournament from 27 to 42 weeks, with a final in November.

Of these extra spots one each will go to Chile, Colombia and Argentina, with two going to Brazil. The decision was clearly based on the (relative) financial might of South America’s most populous nation rather than its recent performances in the competition as a Brazilian team have not reached the final since Atlético Mineiro took the title in 2013.

This means that there will be at least seven places for Brazilian teams in the competition from now on, one for the winner of the Copa do Brasil and six for the top-six in the league.

If two Brazilian teams were to win the Libertadores and the Copa Sul-Americana in the same year (and finish in the top-six) and one of the top-six triumphed in the Copa do Brasil, a Libertadores place could go to as many as the top-nine in the league.

This will certainly make the domestic championship more interesting as it provides the chance for more teams, and in particular more small teams, to keep fighting for a place in the continent’s main club competition until the bitter end.

There are currently only four points between Atlético Paranaense in sixth and Chapecoense in 11th. The likes of them and Ponte Preta will certainly fancy their chances of mounting a charge at the top-six in the final 10 games of the season and it will add some extra spice to games that until now promised to be rather bland affairs.

On the other side of this same coin, however, is the decrease in quality of the teams that Brazil will send to the top-table of South American football. A team like the tedious draw-merchants Chapecoense making an appearance would further diminish the standard of a tournament that is already suffering from the haemorrhaging of players to Europe, the Middle East and China.

If the format of the Copa do Brasil remains the same it will impede the top Brazilian teams from taking part, as they will (hopefully) be focusing on the international cup competition instead.

For my money by far the best solution to this problem would be to shorten the Copa do Brasil by making it a one-legged knock-out tournament rather than the currently existing two-legged one. This would have the added bonus of reducing the number of games played by the better sides in Brazil as well as solving this calendar clash.

However the far more likely option is that they will move the whole tournament back so that the start coincides with the state championships. Again this will have a devaluing effect as teams choose to concentrate on the Copa do Brasil rather than the state leagues, which despite their long traditions are already secondary tournaments for the bigger clubs.

There will also be more places for Brazilian teams in the Copa Sul-Americana, the continent’s secondary international club tournament, though it is yet to be decided how these spaces will be distributed. This will again increase the scheduling headache and workload for the clubs, the players and the CBF.

The lengthening of the tournament and the fact that the final of the Libertadores will now take place in November is a positive for the triumphant team, however. They should now be able to keep their title-winning side together for long enough to go to the World Club Championship and compete with the European representative on a more level footing.

Until now the team that has prevailed in the Libertadores has generally seen their side decimated by European clubs looking for the brightest South American talent before they have had the chance to test themselves against the other continental club champions.

Another change to Conmebol’s showpiece tournament that was discussed, but decided against, was the move to one game final at a neutral venue. The final is currently played over a home and away leg at the teams’ respective stadiums but a move to the Champions’ League-style format was raised with the idea that it would generate more excitement and thus more revenue.

Though that may be the case it seems more culturally appropriate to leave the final as it is. South America is a far larger and far poorer continent than Europe so a single game in a neutral venue would make it impossible for the average fan of a prospective finalist to see their beloved club in the biggest game of the year, and perhaps of their life.

The most progressive of the various changes to the international competitions, and one that has flown somewhat under the collective radar, is Conmebol’s new stipulation that to qualify for the Libertadores from 2019 a club will have to have a women’s team and at least one girl’s academy team.

Over the past 10 years 20 different clubs have finished in the top-nine in the league, the places that could potentially result in a place in the Liberatdores. And of the 11 Brazilian clubs hoping to finish in the Libertadores spots this year only three currently have links to a women’s team.

All of these, and any others who have designs on the competition, will now be forced to invest in women’s football both at senior and junior level which should have a huge impact on the game, bringing in far more money and, one would hope, raising the standards.

Women’s national teams from South America have found it difficult to compete with their Northern Hemisphere counterparts owing to the lack of funding they receive so with a bit of luck this move will go some way to shift the balance of power to the south.

The expansion of international tournaments, whether at club or national team level is generally a negative step and almost always leads to a reduction in quality and tedious football, as witnessed at this year’s Euros in France.

However, mixed in with this expansion of Conmebol’s two main international club tournaments are some positive changes. Hopefully these will act as some sort of stimulus to the CBF and Brazilian clubs to reform national football both on the men’s and women’s sides and take the first step on the long road from the current malaise to the 21st Century.