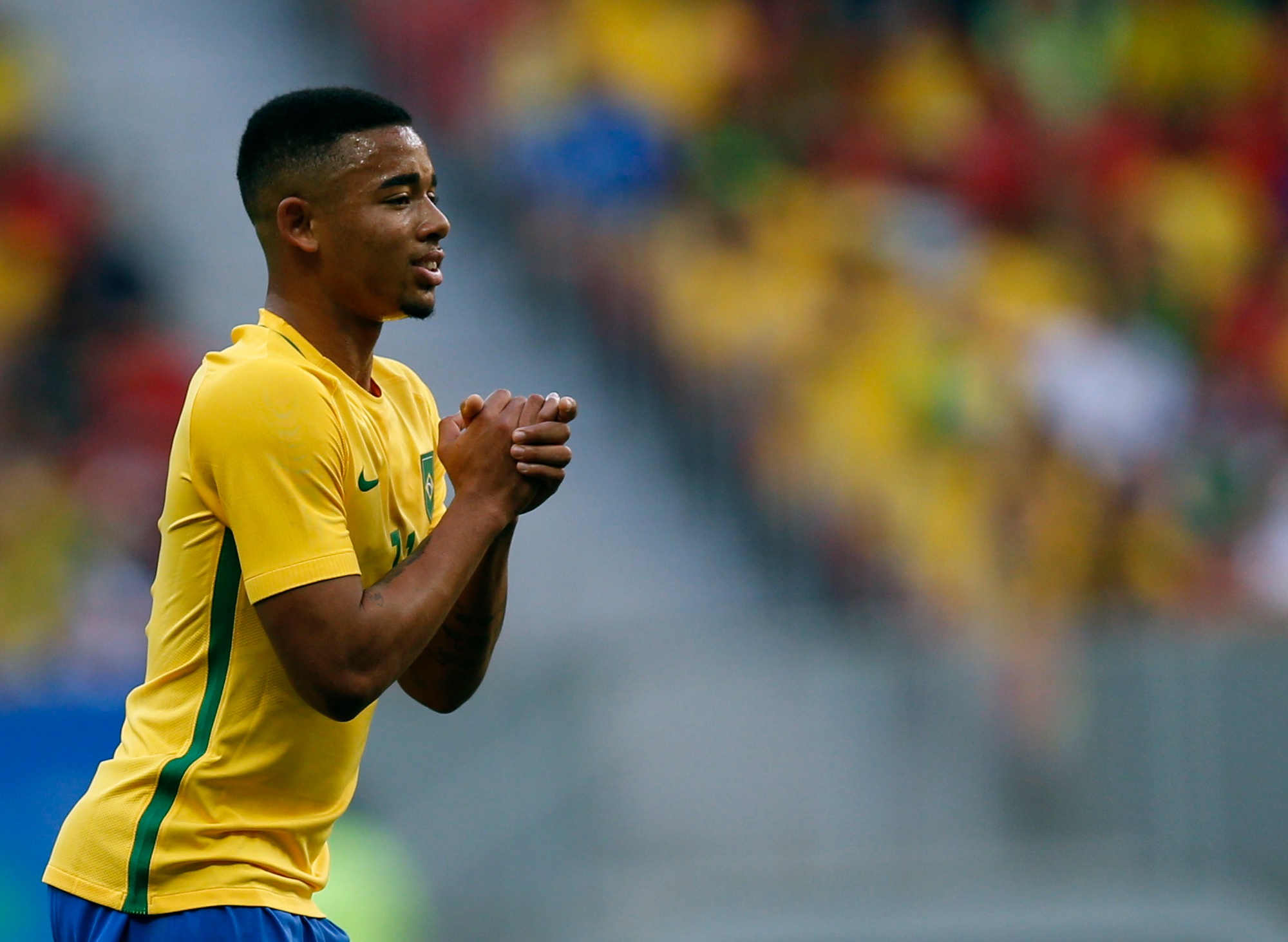 For Brazil and Brazilians this Olympics is turning into a tale of two Seleções. On the one hand there is a team of world-beating athletes; five Ballon D’Ors, the greatest goal scorer in Olympic history, exciting, direct, attacking football with the ginga and samba style that the Brazilian people have come to expect. On the other hand there is the men’s team.

Sunday night saw another insipid outing for the Brazilian boys as they confronted Iraq in Brasília’s Mané Garrincha stadium, failing to find the net for the second game in succession on a pitch about as good as the ones Garrincha himself would have played on fifty years ago.

Like the game against South Africa this encounter followed the pattern that has now become the norm in international football. Iraq allowed Brazil to keep the ball, foregoing pressing and instead shutting down the space close to their own goal with a narrow bank of four, another bank of four with wide men helping out the full-backs and one floating just in front to obstruct Brazil’s deeper lying playmakers.

According to Opta, Brazil had 77.4% of the ball during the match but they were unable to capitalise on this possession advantage owing to some dogged defending from the Iraqis and some dreadful finishing of their own.

The much eulogised attacking trio of Gabriel Jesús, Gabriel Barbosa and Neymar were wasteful to say the least. Neymar had five shots during the match, not one was on target; only one of the five that Jesús had was in the direction of the goal and Barbosa only managed one attempt in 90 minutes.

It took just two minutes for Gabriel Jesús to waste the samba boys’ first opportunity. He ran onto a Felipe Anderson through ball in the right channel only to scuff his shot horribly wide of the far post; it was a sign of what was to follow.

Nine minutes later the 72,000 home fans packed into the arena had a serious fright. Weverton came and flapped at a long throw launched into the six-yard box but lost out in the air to the leaping Mohannad Abdul-Raheem. His header looped up into the air and towards the goal but hit the post and bounced out to Rodrigo Caio.

In the next phase of the match there was a long-range effort from each side and a half-hearted claim for a Brazilian penalty from the crowd but the game was being played out mostly in the middle third of the pitch without penetration or drive from the Brazilian midfield.

On 30 minutes Neymar rose above the Iraqi defender to meet a lofted Barbosa cross but could only find the side netting with a weak effort. Moments later right-back Zeca burst into the box but shot low and without power at Mohammed Hameed’s near post when he should have crossed for a lurking Gabriel Jesús.

This initiated five minutes of sustained pressure; a low cross from Barbosa somehow escaped everyone before a pass from the same player found Jesús in the area who was strong enough to turn and shoot. The block from the Iraqi defender bounced back to him but his follow-up curled wide of the upright. Neymar was next to take aim as he spotted Hameed off his line and tried to find the net directly from a corner, the goalkeeper, however, was alert enough to get back in time.

Before half-time Jesús again found time to miss the target, heading just wide of the post when at the very least he should have worked the ‘keeper. It was shaping up to be his night. Iraq survived and went in the happier at the interval.

After the break the frustration of the crowd started to show. Boos and whistles were aimed at Renato Augusto, the Beijing Guoan player not having one of his finer nights and perhaps showing the negative effects that the Chinese league could potentially have on the Seleção going into the future.

Soon the taunts spread to the rest of the team as the fans grew increasingly desperate for a breakthrough; the crowd were applauding Iraq, partly because of their admirable performance but mostly to show their displeasure with their own team. Cries of ‘Marta, Marta’ were also heard in reference to her wonderful performance on Saturday night, a stark contrast to what was on show here.

It was more of the same in the second period, lots of possession in the middle third but little penetration, and none of the cut and thrust seen from the women the night before. Brazil were forced into taking long shots through substitute Luan and apparent Chelsea target Thiago Maia, which showed that the frustration and impatience of the crowd was being felt on the pitch.

The best chance of the game came in the second minute of injury time but Renato Augusto was unable to redeem himself. A great cross came in from the right and he was free in the middle of the area with the goal at his mercy but the ex-Corinthians midfielder could only put the ball into the crowd off his shin pad. Two minutes later Gabriel Barbosa threw himself to the floor in a pathetic and desperate attempt to win a penalty but he fooled nobody and the ball rolled out for a goal kick. This was the last moment of note and was indicative of the night that the Seleção had had.

Iraq worked for this result and it will no doubt have felt like a victory, not just for the team but for a country that is in tatters. Brazil, on the other hand, now have a serious challenge ahead and have to beat Denmark on Wednesday to guarantee their place in the knockout stage. The pressure looks to be weighing heavily on the shoulders of this young team and if they do not get the three points against the Scandinavians it will be seen as another embarrassment to add to a long line over the past two years for the país do futebol.